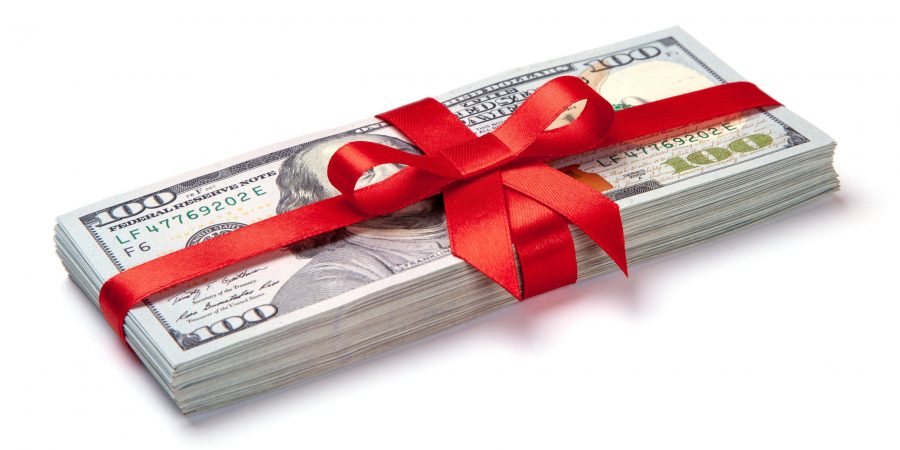 The six Elko radio stations owned by Ruby Radio will give away four thousand dollars in cash during October.

“We couldn’t do a trip this year,” said Ruby Radio President Ken Sutherland. “Every Fall for the last eighteen years, we’ve given away an exotic vacation. This year, with the Covid-19 crisis, we just couldn’t ask people to travel. So we’re giving away cash. I don’t think any radio station in Elko has ever given away that much prize money all at once.”

Ruby Radio has given away trips to Italy, England, Australia, the Virgin Islands, Ireland, Cabo San Lucas, Jamaica, plus three Hawaii trips and even a couple of Alaskan cruises.

To win the cash, listeners simply listen then call in when the contest is announced. Ruby Radio stations will hold several qualifying contests a day, rotating between the six stations.

It’s pretty easy. And there are no strings attached.
We’ll just give them a thousand dollars for listening.

“We’ll even tell the listeners which station will have the next contest, and what time it will be, so it’s pretty easy. And there are no strings attached. We’ll just give them a thousand dollars for listening,” said Sutherland.

At the end of each week, Ruby Radio will put all the qualifying names into a drawing and pull the winner of the cash prize. Winners must be over 18 and reside in Elko County.

The giveaway has an added bonus. Sutherland says, “we didn’t plan it this way, but it’s an excellent opportunity for listeners to discover our newest station: 94.5 KOOL FM, playing the greatest hits of the 70’s, 80’s and 90’s.” The Classic Hits is popular now with adults who remember the music and has a general, mainstream appeal. “So we’re bringing it to Elko.”

Sutherland takes pride in Ruby Radio’s history of bringing radio choices to the Elko community. “Mix 96.7 was our first station, and it was the first FM to present a hit-oriented Adult Contemporary format in 2002. Since then, we’ve built five more stations. We’re very grateful that people like what we have to offer.”