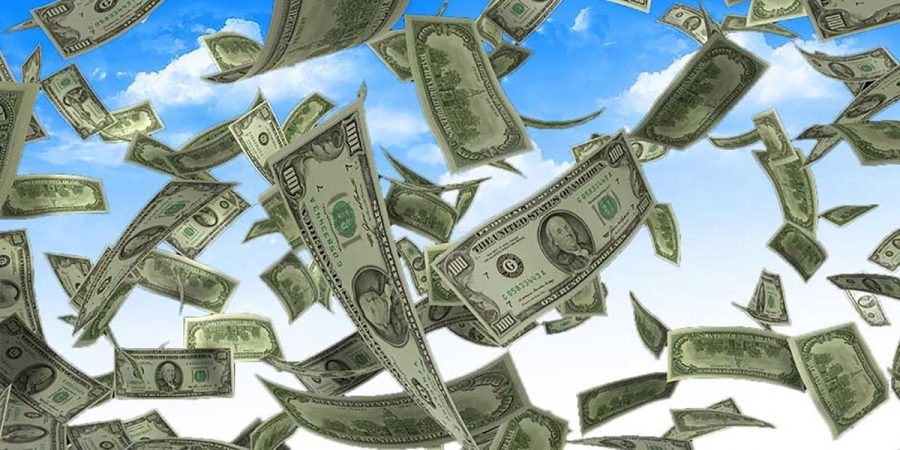 You might smile, too, if you just won a thousand dollars from your local radio station. Tricia was listening to BIG Country 103.9 last week when she heard the cue to call and phoned in to win. She managed to be the correct caller, and her name went into the drawing for the grand prize on Friday. Today she came to the station to pick up her prize – a check from Ruby Radio for $1,000.

“I’m going to get a massage with my daughter, and buy football jerseys for my son,” she said. “Then the whole family is going to do something fun together.”

Tricia is the first of four winners in Ruby Radio’s cash contest.

“Every year in the fall, all six of our stations work together to bring a big promotion to Elko,” Ruby Radio’s General Manager Ken Sutherland explained. “Usually, it’s a trip. Last year it was Ireland, before that, Italy, Australia, Jamaica, always someplace exotic and fun. This year, we couldn’t do a trip, so we decided to give people cash instead.”

Tricia was only the first winner. Every week in October, Ruby Radio will give away another thousand dollars. Sutherland said, “all you have to do is listen to win.”

At the end of each week, Ruby Radio will put all the qualifying names into a drawing and pull the winner of the cash prize. Winners must be over 18 and reside in Elko County.

Tricia won listening to BIG Country 103.9 FM, but listeners are encouraged to listen to all six stations because the cue to call in could be on any, including the group’s newest station 94.5 KOOL FM. The new format was launched in early September and plays the greatest hits of the 70’s, 80’s and 90’s.