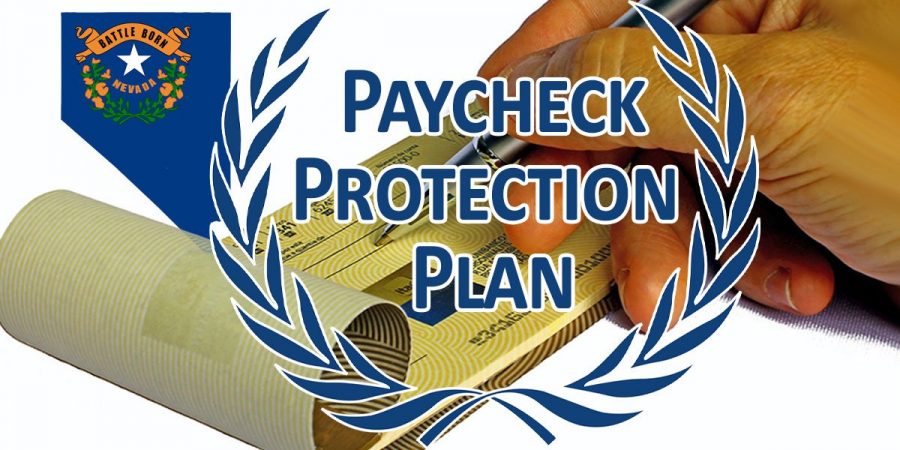 The Coronavirus Aid, Relief, and Economic Security (CARES) Act was passed by Congress with bipartisan support and signed into law on March 27th, 2020. Within CARES, the Paycheck Protection Program was designed to provide small businesses with funds to pay up to 8 weeks of payroll costs, including benefits. Funds can also be used to pay interest on mortgages, rent, and utilities.

More than 68% of the bank’s loans were made to businesses with fewer than 10 employees and approximately 82% of the loans approved were for amounts less than $150,000 (57% for amounts less than $50,000). Nevada State Bank reports their loans will help preserve payrolls for 65,607 Nevada jobs, based on applicant data. An estimated $60 million in PPP loans went to businesses in rural Nevada cities.

“I have never been prouder of my Nevada State Bank colleagues than during the last 30 days. Processing half a billion dollars and thousands of loans in 30 days took heroic efforts, but that is exactly the effort needed to help save businesses in our state,” said Terry Shirey, president & CEO of Nevada State Bank. “These weeks of social distancing have been critical to saving lives, but incredibly difficult for our economy. The PPP loans may help mitigate that impact and provide businesses some basic resources as the Phase 1 reopening begins.”

“There was a frantic pace around the Round 1 funding. Clients were very anxious about accessing the funds and when Round 1 ran out, the uncertainty was extremely difficult for everyone as we all waited to see what would transpire,” recalled Richard Thomas, EVP/Northern Nevada Executive, who oversees the northern business team for Nevada State Bank. “Fortunately, now most anyone who applied and qualified, has received funding. There was significant relief locally when the guidance was finally modified for small, local gaming companies. We knew clients and local businesses were concerned, and we felt a strong responsibility to do anything we could to help.”

Overall, U.S. SBA officials report that Nevada received $4.1billion in PPP loans between April 7 when the bank’s online application was available, through May. Nevada State Bank and Zions Bancorporation, N.A. processed approvals for 14.3% of the dollars received by Nevada businesses.

“If businesses are the heartbeat of the American economy, then financial institutions are helping pump the blood to them.” emphasized Shirey. “This community will work together to endure, and to rise again.”